Can I be real with you for a moment? A few months ago, the thought of launching a vision campaign scared me to death.

As I sought God’s direction and read His Word, things became clear. Just like the children of Israel standing outside the city of Jericho, something major stood between our church and God’s best. Those walls that surrounded Jericho, that were so strong that the people of Jericho stood on them and mocked the Israelites, were keeping the Israelites from realizing what God had already given them—the land of Canaan.

God has given our church a vision of making His radical love contagious in Redlands and beyond. Yet there are walls that stand in the way.

God’s answer to the Israelites is the same answer we embrace today. In Joshua 6:7, God tells Joshua to “Go forward….” It was a bit of a crazy idea. They were to march around the city of Jericho. This was not some grand military strategy, yet it was God’s direction and Joshua embraced it.

That is why I am happy to announce the launch of the Go Forward campaign, our obedient response to God’s leading. This effort will raise funds to allow us to expand ministry by freeing operational resources—resources that we currently must dedicate to debt repayment taken on in the early stages of the church.

Our church leadership has embraced this challenge and join me in bringing this message of a “hope and a future” to you. We know that God wants His radical love spread in Redlands and beyond.

Please prayerfully consider being part of making this vision a reality. 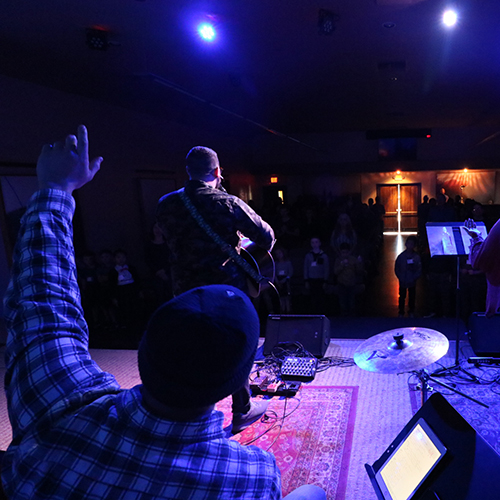 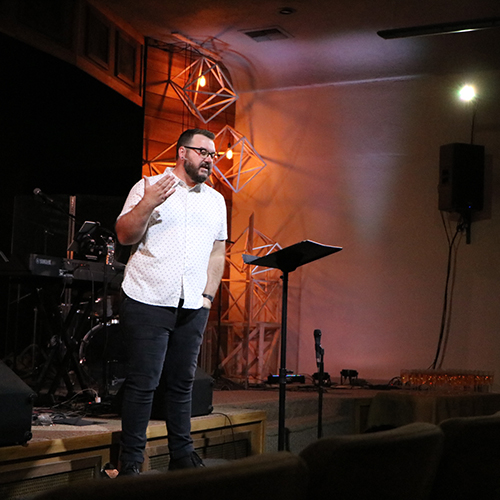 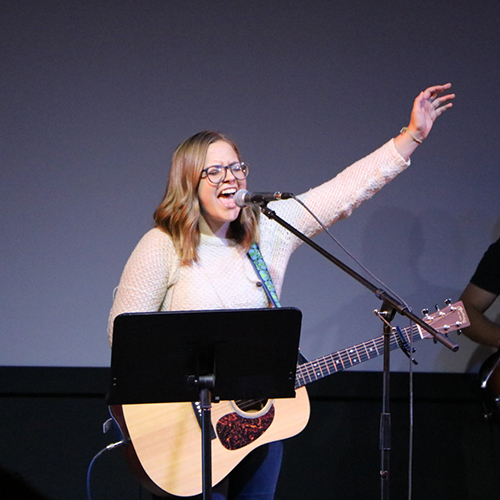 This easy form is a simple way to participate in the "Go Forward" campaign and even if you can't be at church.

When does the campaign begin and what is the purpose? Expand

The Go Forward campaign begins March 4. The purpose of the campaign is to free up operational resources to expand our ministry impact and, thereby, make God’s radical love contagious in Redlands and beyond.

How does this relate to the church’s debt?  Expand

In the early days of our church, debt was taken on to renovate this aging building and provide resources for operating costs. Thanks to God, we have grown and are now operating self-sufficiently. However, that remaining debt greatly impacts our ability to minister and serve as God’s hands and feet in Redlands.

Why do we want to become debt free? Expand

The debt payments are made from the operating budget. Eliminating the debt means that we can take the money we are using for that and put it directly into fulfilling God’s calling for our congregation.

What is the goal of our campaign? Expand

We would like to retire the $160,000 operational debt that our church incurred in its early days. Paying this debt, which is owed to our denominational district, would free up to $3,000 per month to be used to support our ministry in Redlands and beyond. Any funds that are given exceeding this goal will go to pay down our construction loan.

What is the time frame we pledge for? Expand

Two years. Individuals who commit are asked to fulfill their pledge over the next two years.

How will the funds be raised? Expand

We are trusting God to provide. Our church will seek His face by committing to 40 days of fasting and prayer as well as a 24-hour prayer vigil.

What key benefits will be derived from the campaign? Expand

As it stands now, the operational loan that we would repay has a higher interest rate and a shorter amortization period than the building loan. Taking this loan entirely off the table would free up much-needed resources to better fund ministries, staff, and create some practical freedom within our local ministry context.

Any commitment you make is directly between you and God. If your situation changes and you are not able to fulfill that commitment, that is something for you to prayerfully address with the Lord and seek His direction on. Of course we would be happy to pray with and talk through any unforeseen situations with you.

Will I get a tax receipt for my donation? Expand

All donations made to The Mission, Redlands are tax-deductible within IRS guidelines. Please consult your tax professional for specific questions you might have about this.

Is this commitment pledge in addition to my normal giving? Expand

Yes. Truly this is an opportunity for you to personally and prayerfully seek God’s will. Our Go Forward campaign is not simply about raising funds, but rather an opportunity for each of us to ask God what He would have us pledge and obediently walk forward in faith toward His vision for The Mission. It is a chance to allow Him to stretch us in giving an offering beyond our tithe to support the ministry, and that is why it is limited in scope and requires a step of faith. We trust God to provide for these needs as well as the regular weekly and monthly financial commitments of the church.